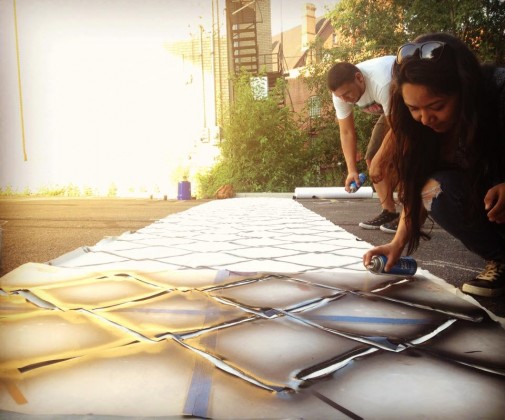 Solidarity from Mexico: Declarations in Support of #WallOffTrump

As groups prepare to give Trump his wall at the Republican National Convention, groups in Mexico sent statements of solidarity and support.

“Mexico does not solely export its people and its resources. We also send our resistance and our dignity. We’ve patiently heard the racist discourse in the US, it’s angered us and we’ve even joked about it, but the time for action has come. This is our response to ignorance. In solidarity with Mijente, from Mexico to the United States, we’ll be part of raising up the wall to block Trump.  The wall is against hate, against racism and ignorance. We’re not just walling off Trump. We’re demonstrating to the world that our bonds are stronger than his rhetoric or any border. Because we don’t forget our people even if they are far away and we won’t stop fighting shoulder to shoulder alongside them.”

“Mexico won’t just pay for the wall,
We’ll make it with our own hands, Intelligence, and strength.”

“It’s time to build the wall: solid, unbreakable. It’s time to stop anyone who threatens peace, liberty, and human dignity. We need to build it to erase once and for all the ignorance, racism, hate, and discrimination.

Our wall won’t restrict liberty or separate families. It will shut off the thoughts and ideas that go against humanity, that inflict harm and pain.

We’ll wall off the ignorance and anyone who reveals themselves as its loyal follower. Ignorance defines you, Donald Trump. Consider yourself a prisoner of it, of our own wall, and of your own hateful words of xenophobia and racism.

Trump: someone had to put a stop to you and it’s the Mexicans, migrants, who will do the work, apply our intelligence, our values, unity, and strength to put an end to the irrationality that defines you.“